The myth of U.S. humanitarian intervention in Libya 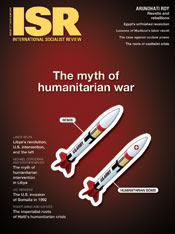 This article was the May/June cover article for the International Socialist Review.
Read the rest here.
Posted by Michael Corcoran at 3:31 PM